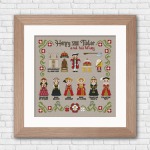 For all the history lovers out there, we've created a series of history-inspired patterns!
This one features one of our favourite historical characters: Henry VIII, King of England, that was famously married six times and played a critical role in the English Reformation, turning his country into a Protestant nation.

The very special thing about this patterns series, is that every character has been designed following the original portraits, giving to the pattern a real historical twist! 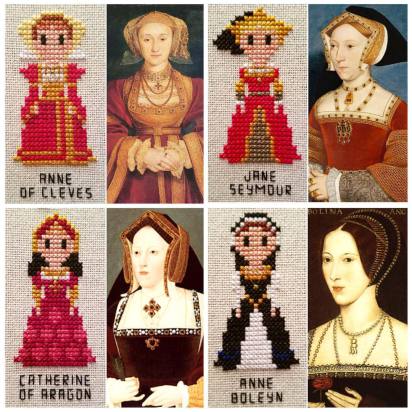 This pattern features (from left to right, top to bottom): the Westminster Abbey together with the coronation date, and just near to it the coronation chair and the crown used. Then you can find Henry VIII, posed like his most famous portrait painted by Hans Holbein the Joung in 1537, and on his right the axe, in memory of his two beheaded wives (Anne Boleyn and Catherine Howard), his Royal Monogram (HK surmounted by the crown) and a symbol of the 1534 schism, that splitted Church of England from the Roman Catholic Church. 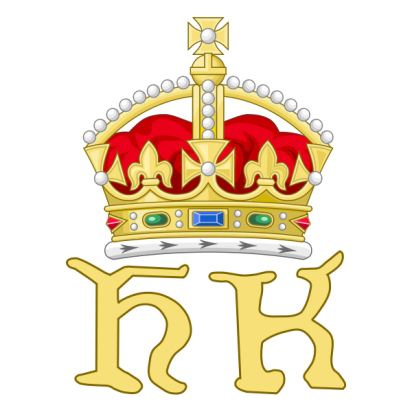 The Coronation Chair, Henry VIII portrait by Hans Holbein and the Royal Monogram

As every other Cloudsfactory pattern, it includes: cover page with image and pattern size on 14, 16 and 18 count, full color chart with symbols, DMC and Anchor floss legend and number of skeins needed, additional devices friendly pattern in a single page and fabric, framing and stitching tips